Though certainly not complete, here are three Mintier’s that come to mind.

Tom Mintier was hired by CNN in 1980. In 1986, Tom Mintier was one of only two TV broadcasters live on-air when the Space Shuttle Challenger Disaster occurred.

In November 1989, he reported live from the Brandenburg Gate at the Berlin Wall. In April 1992, he became the CNN Bangkok, Thailand bureau chief. While still a correspondent for CNN, he was also located at the United States Central Command near Doha, Qatar, at the start of the Iraq War.

In August 1999, he reported live from Pristina, Kosovo, following the NATO victory over the invading Serbian armed forces.

On January 1, 2000, he was the CNN London bureau chief. He appeared in the 2004 documentary film  Control Room and other films. 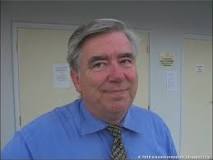 Fought on the Union side during the Civil war with the Ohio infintry.

Though not a Mintier, I must include  Robert Lawson (1830-1913) who was my father’s maternal great grandfather. He fought for the North in the Civil War with the 122nd Ohio Infantry. He was captured in the Battle of the Wilderness and became one of the few survivors of Andersonville Prison in Georgia. 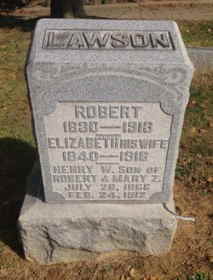